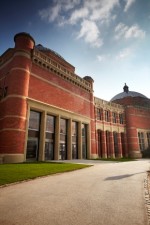 Stuff and Knowledge: the future of teaching and learning in University Museums

This year we are inviting proposals on the theme of teaching and learning within university museums, with a focus on higher education. We are looking for fast paced presentations that offer examples of innovative practice.   If you would like to contribute to the conference, please submit a brief description of your potential contribution (300 words) including a title, names of presenter(s), summary of themes to be addressed to admin@universitymuseumsgroup.org by Friday 30th June 2017.

Objects have been intrinsic to teaching and learning within higher education and university museums since their very beginnings. Although the context may have changed from primarily knowledge-focused learning, to include skills-based analytical learning, collections and object-based learning still have an essential role to play within higher education today.  Focusing on the development of the Teaching Excellence Framework and the current educational climate, this conference will explore and debate the benefits and challenges of teaching with museum and departmental collections through innovative and provocative keynote addresses, diverse case studies and illuminating panel discussions.   University Museums Group conferences are renowned for their networking opportunities, and there will be plenty of spaces within the programme for delegates to meet, share experiences and make new connections.

Save the date: UMG Annual Conference 2017

Stuff and Knowledge: an exploration of the future of teaching and learning within University Museums

Focusing on the development of the Teaching Excellence Framework and the current educational climate, this conference will explore and debate the benefits and challenges of teaching with museum and departmental collections through innovative and provocative keynote addresses, diverse case studies and illuminating panel discussions.

University Museums Group conferences are renowned for their networking opportunities, and there will be plenty of spaces within the programme for delegates to meet, share experiences and make new connections.

HEFCE to invest £10.7 million a year in university museums, galleries and collections 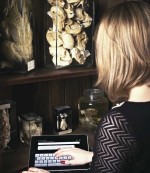 HEFCE will fund 33 higher education museums, galleries and collections which provide a unique and significant contribution to research and scholarship.

This funding was agreed following an independent review drawing on experts from the museum and higher education sectors. The review was chaired by Diane Lees CBE, Director-General of the Imperial War Museums.  The panel considered 50 submissions from 33 higher education institutions.

The process was highly competitive, and the panel noted the outstanding quality and compelling evidence provided in the submissions.

‘As a panel, we found a truly inspiring array of case studies which demonstrated the range of research that university museums, galleries and collections carry out. The total funding requested exceeded the total funding available, and the quality of the submissions did not make this an easy process. As a panel we delivered recommendations to the HEFCE Board based on the evidence provided in the submissions. We are very pleased that HEFCE has continued to provide this invaluable support to the university museums, galleries and collections sector.’

‘We recognise the unique and significant contributions university museums, galleries and collections make to research, scholarship and research impact in the UK and internationally. Our funding recognises that their important work entails extra costs. We value the support they offer the research community and are delighted to fund 33 of these important collections.’

The keynote address at the 2016 UMG annual conference was delivered by the Rt Hon Matt Hancock, Minister of State for Digital and Culture.  This was Mr Hancock’s first major speech on museums since he was appointed to the post.

Mr Hancock used his speech to highlight the important role of universities in the development of public museums in the UK.  He then addressed some of the challenges facing museums using the conference theme of ‘Better Together’.

“As Minister for Digital and Culture, I want to drive this synthesis of culture with digital technology, and when it comes to the digitisation and dissemination of our great collections, I want Britain to be a world leader.

Because it’s at this nexus – where Tech meets art, where digital meets creativity – that we will build a strong and thriving future economy that can work for all.”

The full text of the speech can be found here.

This year’s UMG conference, Better Together?, will be held at Reading University on 22nd September 2016.

In a climate of increasing drive towards greater partnership working, the conference will review the benefits, costs and challenges of working together. Focusing on recent civic and university partnerships and international working we will explore different case studies and debate the role of leadership, partner expectations and the practical realities of ensuring positive and sustainable outcomes.

The conference will include key note addresses by Hedley Swain, South East Area Director for Arts Council England and Matthew Hancock MP, Minister of State for Culture, Communications and Creative Industries in the Department for Culture Media and Sport.

The full programme and booking information are available here.

New research undertaken by the UMG has demonstrated the continuing importance of university museums in caring for and making accessible collections of national and international significance.  The research relates to those museums currently supported by the HEFCE Museums, Galleries and Collections Fund.

Key points from the research include:

The University Museums Group AGM is taking place on the afternoon of Wednesday, 23 September, as part of the UMG’s 2015 conference: Where Science and Society Meet on 23-24th September at Durham University.

At the AGM, one committee member will be standing down or two will be standing for re-election, and we will be holding elections to fill these vacancies.  We are seeking committee members with a range of experience and skills (such as event organisation, use of social media, PR and advocacy), who are prepared to play an active role in supporting the UMG’s work.

If you would like to be considered – or to nominate another member – for one of these vacancies, you are invited to put forward your nomination to Tonya Nelson, Secretary of the University Museums Group Committee.

Each nomination must include, in a single word document sent as an email attachment:

The above information will be circulated to UMG members with the AGM papers.

Nominations for Committee membership should be emailed to Tonya Nelson at tonya.nelson@ucl.ac.uk by 12 noon on 21 September.

THE highlights role of University Museums

‘University Museums enjoy global renaissance’ is the headline of a recent article in Times Higher Education looking at the ways in which universities are redefining the role of museums and galleries as cultural providers.

23rd -24th September are the dates for the next UMG conference.   This year we are joining with University Museums in Scotland (UMIS) to hold a joint event at Durham University.

This year’s conference theme will be ‘Where Science and Society Meet’.

There is no doubt that the public appetite for science is growing.The interface between science and culture continues to shift and is a constant point of excitement, interest and debate. Arguably science cannot be presented in isolation but as an integral part of our culture, intersecting with the arts and humanities, with museums providing ideal spaces to demonstrate and communicate this.

University museums are pioneering ways to engage audiences in the science research of universities and this conference will explore how these developments are more than advancing the public understanding of science.

Full details of the conference programme and costs will be available soon.

At the UMG AGM in June 2014 a proposal to simplify the subscription scales was agreed.

The old scale was complicated, was not being consistently used and did not allow for individuals to join as members.

The new subscription rates simplify and improve the membership structure.  They are based on the following principles:

The following new structure was agreed:

University with one participating university museum/gallery £50 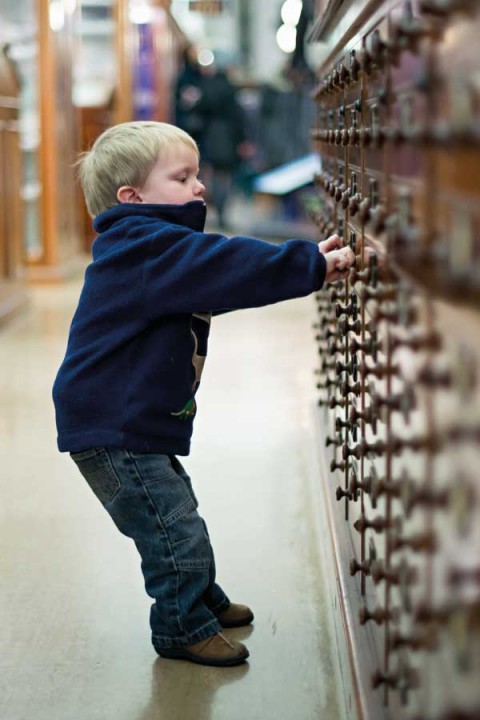