Support for University Museums from Shadow Secretary for Culture, Media and Sport

Speaking at a gathering of senior figures in politics, higher education and museums in Westminster this week, Ivan Lewis, Shadow Secretary of State for Culture, Media and Sport, drew attention to the nationally important collections held by musuems in the UK’s universities and highlighted the international importance of institutions such as the Ashmolean, the Fitzwilliam, the Courtauld, the Sainsbury Centre and the Manchester Museum, all of which are part of universities. 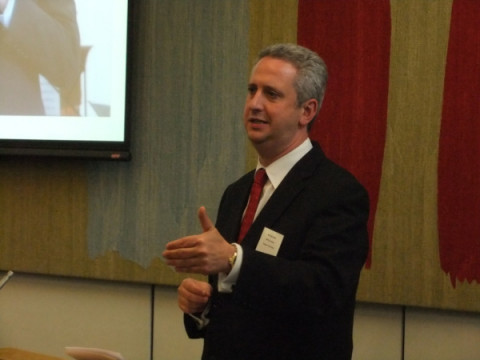 Mr Lewis noted that the significant role played by university museums and galleries in the cultural life of the nation was insufficiently recognised, and that core funding through universities and the Higher Education Funding Council for England (HEFCE) had transformed their performance in recent years.

‘Although they comprise only 2% of museums in the country, university museums look after over 30% of collections designated as nationally or internationally important’, he said. ‘Over the last five years, university museums have increased public visits by 95%, schools visits by 57% and their use by further and higher education by 186%. This is a fantastic achievement that deserves to be better known’.

At a time of funding cuts, university museums are a beacon of success.

While in the past, universities sometimes felt their historic collections to be burdens, they are now seeing them as major assets in the competition to attract students, and as gateways to engaging with their local communities.

Some, such as the Ashmolean at Oxford University, have undergone major capital redevelopments, opening them up to much larger audiences, while others, such as UCL’s Petrie Museum, have developed a reputation for innovative work engaging hard-to-reach audiences.

Also speaking at the event, Dr Kate Pretty, Chair of the Joint Museums Committee at the University of Cambridge, said “in some areas, like mine, the university museums are almost the only museums in the region. Across the UK, the provision of free exhibitions in university museums enhances public knowledge, appreciation and enjoyment – the museums are accessible in all senses of the word – and it is clear that we would do more with enhanced funding for outreach and informal education”.

Mr David Sweeney, Director of Research at HEFCE, said “we are proud to have provided core funding over the last twenty years for the country’s most important university museums and are delighted at their increased determination to reach beyond their own university base to researchers, students and the public more generally. Higher Education nationally and internationally is enormously enriched by their contribution.”

The event, held on 4th May, was organised by the University Museums Group  to draw attention to the key role played by university museums and galleries within higher education and the wider community and to highlight the importance of the £10.45million in core funding currently provided by HEFCE to support these museums.   The briefing document provided to all those who attended can be downloaded here.

Briefing on University Museums and Galleries May 2011